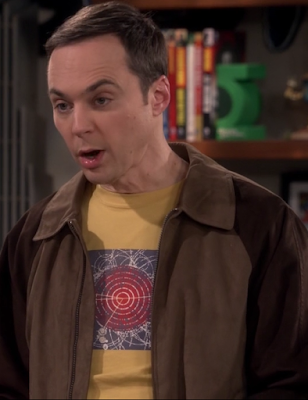 I've yet to find this one. If you have any information, drop it in the comments below.

While I've thus far been unable to find an exact match for the shirt Sheldon's seen wearing here (if you do, be sure to let me know!), hopefully for the time being this other celebratory Higgs t-shirt will hold you over.

Also, special thanks to the Anonymous commenter to helped out on this one! You guys are way smarter than me.