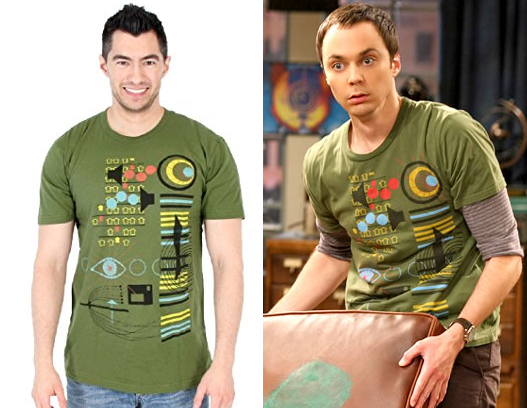 First worn by Sheldon in the second season of The Big Bang Theory, the shirt — entitled "AV Club" — is originally a creation of Heavy Rotation. It's now available for purchase from several online outlets, including the Amazon and TV Store Online links below.