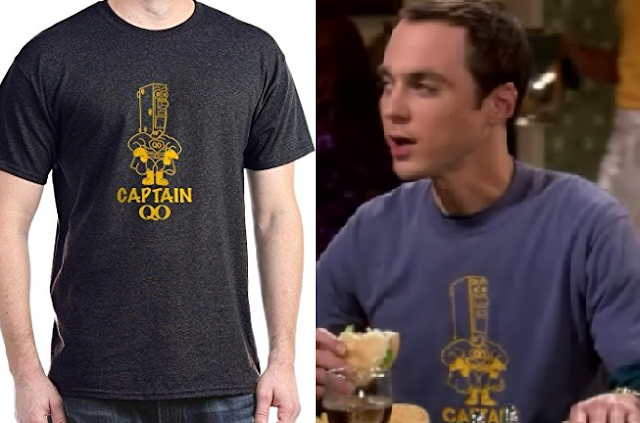 I had to look this up, but apparently Captain QO is a character in an animated series that promotes "the benefits of Plug On Neutral Breakers and Time Saver Diagnostics". I don't know what any of that means, but it's what this shirt must be in reference to and apparently something that Sheldon Cooper fully supports. Here's an episode of Captain QO for your enjoyment (or curiosity):

And since this is what you're probably here for, here's a link to Amazon.com where you can purchase your very own Captain QO shirt for your Plug On Neutral Breaker needs... or something (opens in a new window):