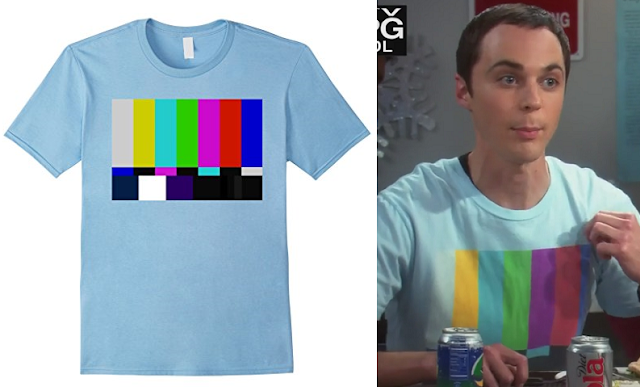 Strangely enough, this is the second test pattern themed t-shirt that we see Sheldon Cooper sporting on The Big Bang Theory. The first of which was the Philips PM5544 test pattern, first worn on the second episode of the second season of the series ("The Codpiece Topology"). Here, however, we have the SMPTE color bars test pattern. Both of which are special in their own unique ways (they're still no Indian Head, though).