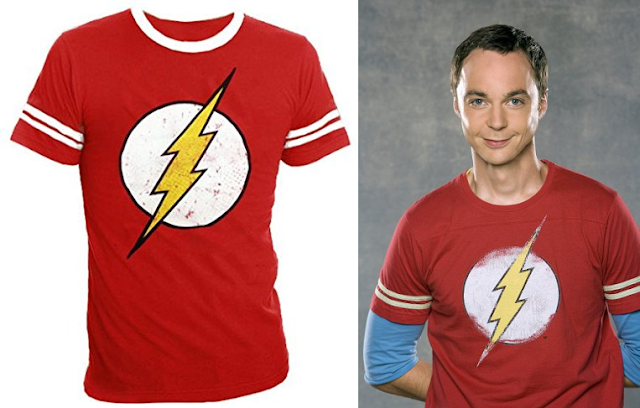 Out of all of Sheldon Coopers The Flash shirts, I have to admit that this is probably my favorite of the bunch. Sure, it's more or less simple in its design, but it just looks so good with that "worn" look of the printing. Then again, I dunno, maybe that's just the 90's grunge kid inside of me talking (I should really let him out for air at some point).

Anywho! I've noticed on particular episode that this particular shirt actually has lettering on the back of it. As of yet, however, I've not found one like that available online. Check out the link below, though, if you're interested in purchasing this t-shirt that features the front portion of the t-shirt.