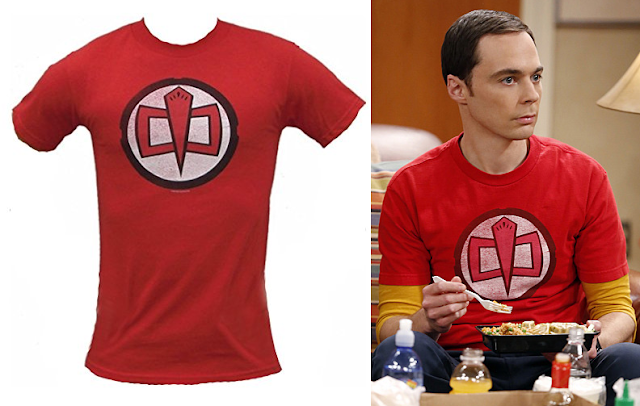 One of the weirdest television shows of the 80s, The Greatest American Hero, is the topic of this shirt. According to the book, The World Encyclopedia of Superheroes, the symbol is intended to represent an open book and a needle. Series creator, Stephen J. Cannell, however, states that the idea came due to a pair of scissors he had sitting on his desk during the design of the uniform. The truth, we may never know...

To purchase this shirt for yourself check out the Amazon link below (it'll open up in a new window).