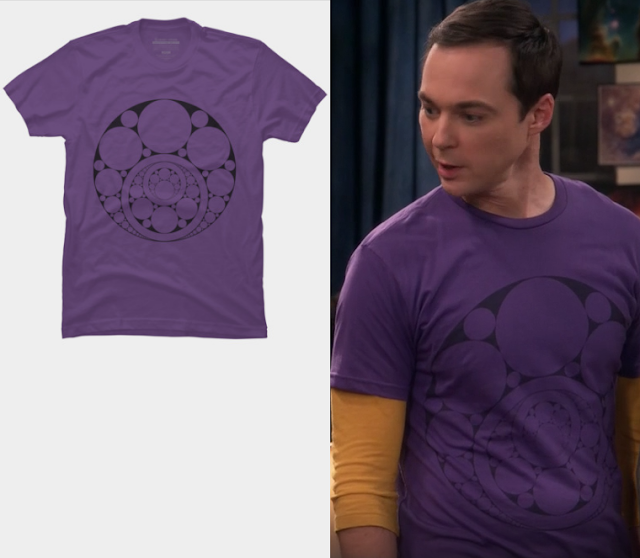 Part of Sheldon's Design by Human collection of t-shirts, this shirt featuring circle graphics comes in a variety of different colors. I'd stick with purple, though, mostly because it's just fun to say "Purple Circle Graphic" (go ahead, try it). However, Sheldon can be seen wearing more than one color of this tee within the series. Also, maybe it's best not to chose your clothing by what's the most phonetically pleasing to the ear. But, hey, I dunno.

To purchase this tee, click here to bring up a new window to DesignByHumans.com.