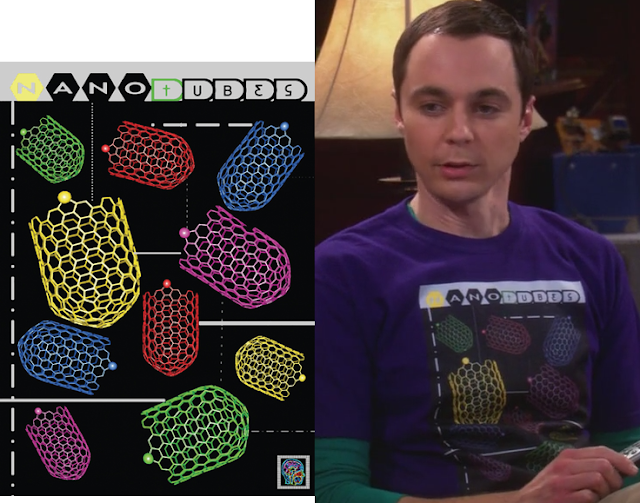 Another Sheldon Cooper shirt ripped directly from ThinkerClothing.com. Like most of the Sheldon shirts they carry, it's utterly incomprehensible to my comparatively minuscule level nerdom. Here's their description of the shirt from their website, however:

To purchase this shirt, click either the link or image below.