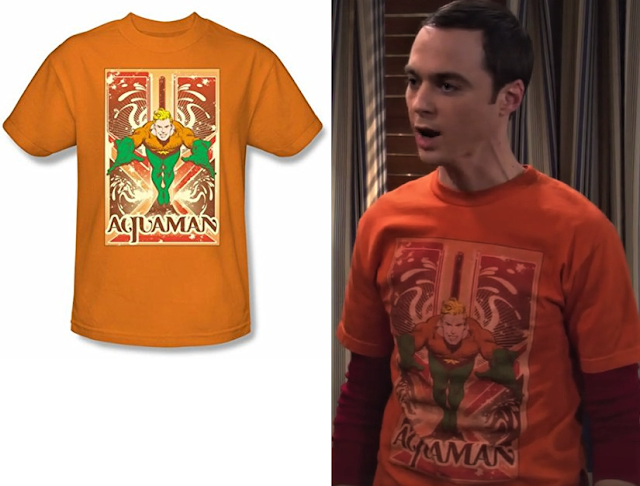 Here's one of Sheldon's always popular Aquaman t-shirts. It was first featured in the fifteenth episode of the third season of The Big Bang Theory ('The Large Hadron Collision') and can be purchased from the Amazon link below. Incidentally, Sheldon also wears a gray version of this same tee.