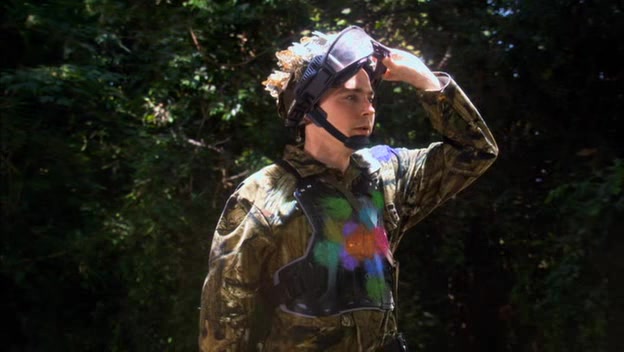 On several different occasions on The Big Bang Theory, Sheldon and his pals are seen either playing paintball or going to play paintball. It's perhaps the most manly activity they involve themselves in, so, appropriately enough, they tend to dress the part.