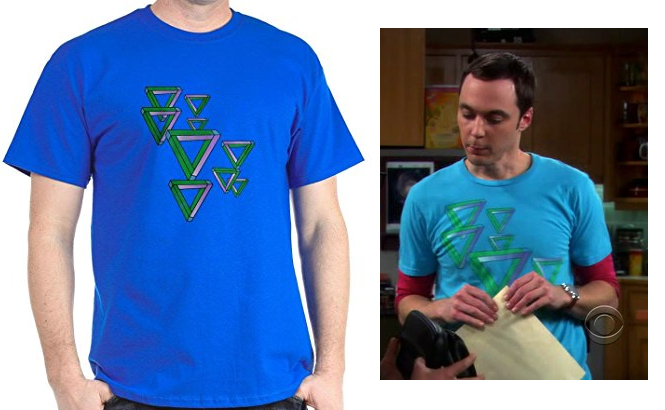 While it's widely know that penrose triangles are "impossible objects", when they're in shirt form they actually fare alright. While this shirt was originally a product of Heavy Rotation, it's now out of stock. For one close to Sheldon's in appearance, however, try visiting this link at TVStoreOnline.com.