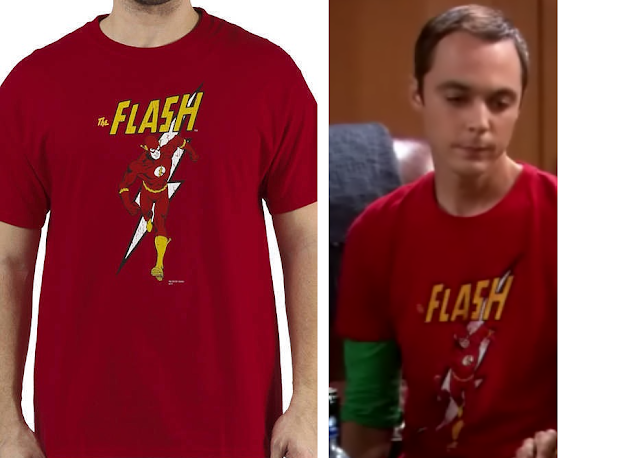 Here's a nifty shirt first seen being worn by Sheldon in the third episode of the series (when he's playing a game of Jenga with Raj and Wolowitz because the internet is down). Once upon a time it was available on 80sTees.com but now it appears to be sadly sold out and discontinued. If it's available anywhere else on the interwebs, I've yet to come across it. However, here's a link to StylinOnline.com that shows where the shirt's sold out. Who know, maybe they'll restock?