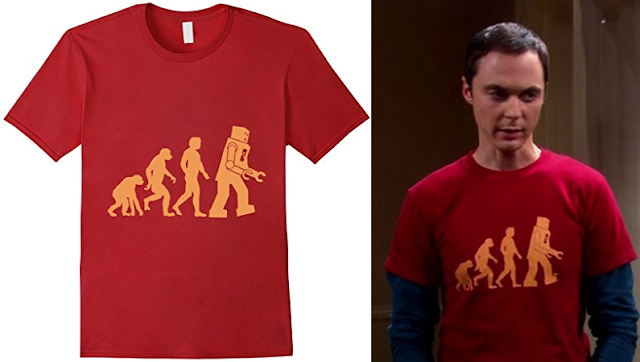 I liked this shirt so much that I purchased one for myself. It's a new and unique take on the classic scientific "March of Progress" illustration that represents humans evolution via a parade-like march — beginning with mans early forbears and "progressing" up to modern man in the front. This shirt is just like that, only except it takes one giant leap forward at the end by showing mans inevitable transformation into robots. Whether it's an actual evolutionary transformation which will take place in our future or merely a cylon-esque takeover, the shirt doesn't quite make clear. Either way, it looks really swell. Get your own by checking out the Amazon link below (it opens in a new window).