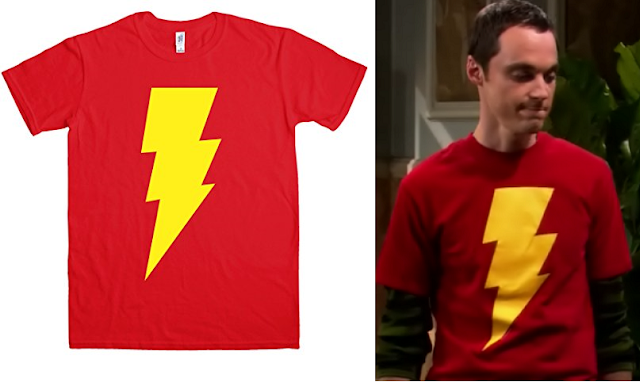 Not to be confused with Sheldon's bolt shirts of The Flash variety, here's what appears to be a shirt with a bolt on it that's in direct reference to none other than Captain Marvel — aka, Shazam.

Perhaps not the most well-known of superheroes these days, Captain Marvel was a pretty big deal back in his time. He was the first superhero ever to be adapted to film and, back in the 1940's, his comic book sells even surpassed that of Superman. Rumor has it there's also a new DC feature film on the way about the hero and...

Wait. Why the hell am I spending so much time talking about this? You came here for a shirt.

Ahem. Here's a link to Amazon.com where you can purchase the product for yourself (clicking the link will open up Amazon.com in a new window).