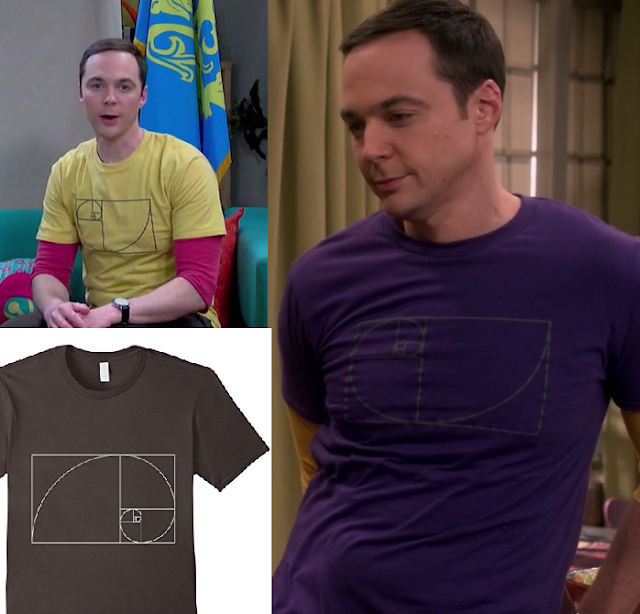 Can't fathom what this one is. A graph of some sort? Alternate dimensional basketball court? Your guess is undoubtedly better than mine.

Update! Alright, it turns out that this thing that I initially mistook for a basketball court from an different dimension is apparently something not completely ridiculous that I made up. According to a contributor, this is a t-shirt showing us The Golden Spiral (which isn't as dirty as it sounds).

After reading much about this enigmatic geometric creature, I've found that "in geometry, a golden spiral is a logarithmic spiral whose growth factor is φ, the golden ratio. That is, a golden spiral gets wider (or further from its origin) by a factor of φ for every quarter turn it makes."

Frankly, I don't know what half of those words mean (and I'm pretty sure one is a drawing), so I'm admittedly still completely baffled of the significance of this thing (I'm not a smart man). But with a name like The Golden Spiral it's gotta be cool, right?

As you may have noticed, the Golden Spiral shirt I found is facing in a different direction from the ones Sheldon is seen wearing (sorry about that). But hopefully it'll suffice.

And thanks again to the anonymous reader who brought this to our attention! You're aces!