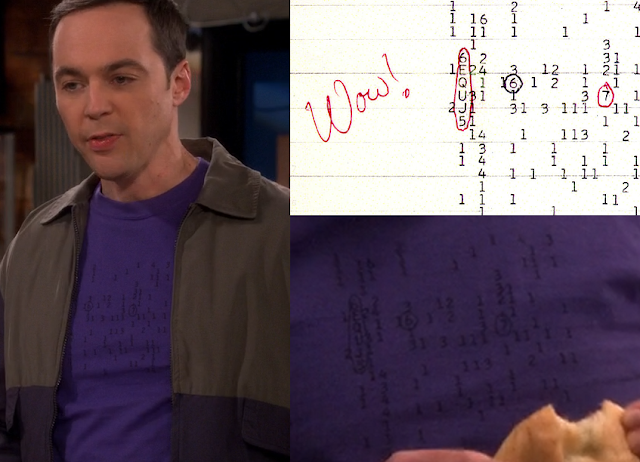 In 1977, astronomer Mr. Jerry Ehman, while working on a SETI project, discovered this signal that was picked up by the Big Ear telescope in Ohio. The signal appeared so out of the ordinary (i.e., not random) that it inspired an amazed Ehman to circled the reading on the computer printout and write "WOW!" beside of it. It was henceforth known as the "WOW! Signal" and many believe it's the strongest candidate we have for an actual radio signal from an alien race.