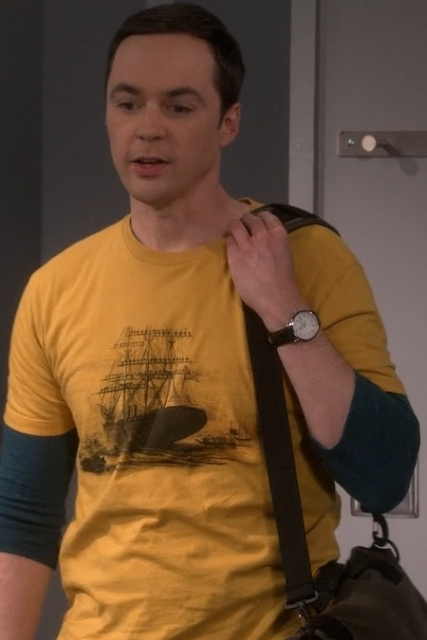 Arrrr, me matey's! During all me treacherous journeys 'round the vast oceans of the interwebs, I've came across plenty'a visually similar shirts to this one. To me hearts discontent, I've still yet to find one which exactly matches to this beauty! Suffice it to say, it's quite ARRRRgrivating.

Ahem. But anyway. It appears to be a hand-drawn illustration of ships and boats in the water. I see no pirates or skull and crossbones flags or anything, so I can't quite say why I just felt compelled to do that terrible pirate shtick. Pirates or no pirates, though, I'll keep my eyes open for this one. One of the ships has "DIVERSITY" written on it, which I hear from Urban Dictionary is this:

An old, old wooden ship that was used during the civil war era to deliver large supplies of puréed walnuts from the South to the North. The walnuts were used as a replacement for toilet paper, due to the wartime shortage. Despite the volitile relationship between the two countries at the time, the North figured that it was more important to have a clean ass than to place an embargo on the South's nut shipments. The South figured,"Hell, we need the money".

There have been complaints from the authorities about a lack of diversity in the News Room.

So, you know. Take that as you may.

Well, apparently I was way off the mark on this one (to a humiliating extent). This t-shirt is apparently a reference to none other than Ron Burgundy, from the film Anchorman, as he attempts to explain to a coworker what he thinks of diversity:


"Well, I could be wrong, but I believe, uh, diversity is an old, old wooden ship that was used during the Civil War era."

Really kicking myself for not catching this one. But thanks to the anonymous commenters who pointed it out. To purchase a replica of the tee from Zazzle, check out the link below: