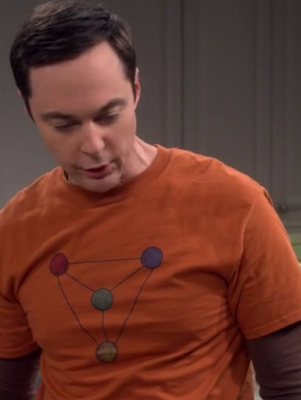 Not totally sure what this shirt is in reference to. If anyone can help out, let me know in the comments below. I'll try and get some info and a purchase link up as soon as I'm in the know. Thanks!

According to one of our brainiac readers, PeteInVA, this shirt is actually a visual representation of the four color theorem. According to Wikipedia:


In mathematics, the four color theorem, or the four color map theorem, states that, given any separation of a plane into contiguous regions, producing a figure called a map, no more than four colors are required to color the regions of the map so that no two adjacent regions have the same color. Adjacent means that two regions share a common boundary curve segment, not merely a corner where three or more regions meet.

Incidentally, this shirt made its debut in 2017, the 40th anniversary from when the theorem was proved. Click here to read more.


You can get your hands on a replica of this tee over at Redbubble.com. 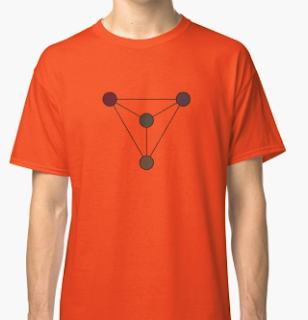