Perhaps unsurprisingly, among Sheldon's many interests, there lies a special spot for the Harry Potter book and film series. And judging by his choice of apparel, it's safe to assume that Sheldon's cerebral sorting hat has chosen him to reside in none other than the coveted House Gryffindor, founded by Godric Gryffindor in the year something something, alongside his peers in Heart, Daring, Nerve, Chivalry, and Determination, Ron, Hermione, Dumbledore, and the Harry man himself.

As of yet, being the mere muggle I am, I've been incapable of finding an exact duplicate of this t-shirt (any help from you trusty readers is more than welcome!). Until I do, however, try checking out some more Gryffindor tees from the Amazon affiliate link below.


A replica of this tee is now available on Boxlunch.com. (Thanks, Jenna!) 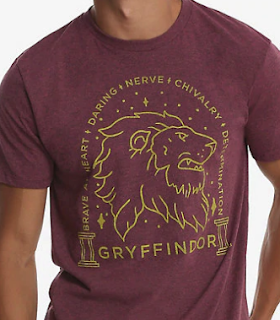