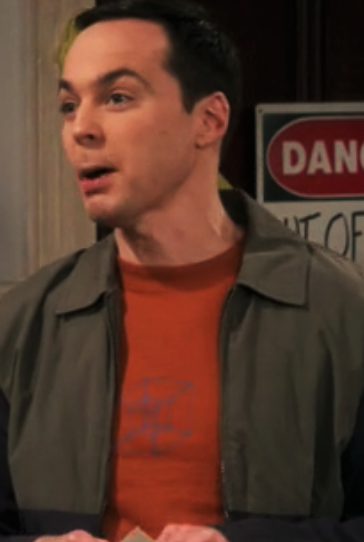 I tried to lay on some contrast to this one to make it easier to see. It appears to be a plane ol' cube, but I'm sure there's more to it than that. If anyone has any information on this curious Sheldon Cooper tee, let me know in the comments section below.

This Sheldon tee, upon further inspection (by a more observant anonymous commenter than me), actually appears to be a depiction of a tesseract. I'll keep my eye open for a more exact duplicate of this tee, but you can find one that's fairly similar in the Amazon link below (despite the image, it's available in multiple colors, including red).

Thanks again to the commenter who pointed this one out!