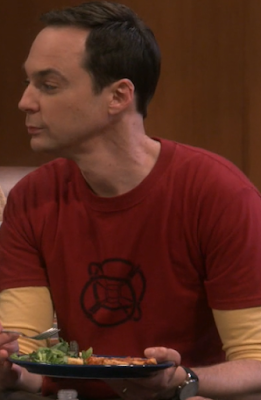 As of yet, I've not nailed down the origin of this Sheldon tee, which premiered on the second episode of The Big Bang Theory's twelveth season. I tried scrounging through some old superhero emblems and came up with nothing. Perhaps it's something science related? I dunno. Truth be told, I'm a mere simpleton. Nevertheless, I'll keep looking. Until then, a creative reader has tossed together a great looking replica for us to get, which you can purchase from the link below. Thanks, Miroslav! 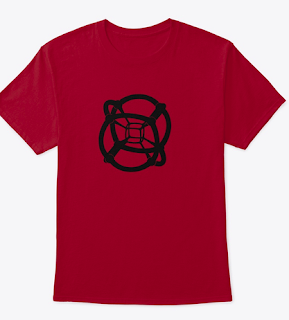