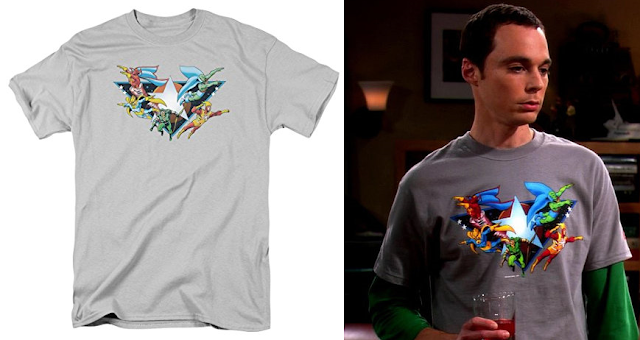 If you're unaware of what The Justice League is then your nerd membership should be revoked immediately. This Justice League shirt, however, appears to bypass those usual Super Friends like Batman, Superman, Aquaman, The Flash and Wonder Woman, and focuses on the lesser known Red Tornado, Doctor Fate, Green Arrow, Martian Hunter and Firestorm. According to FireStormFan.com,


"Near as I can figure, the artwork on this shirt must have been produced in conjunction with the second wave of Super Powers action figures.  These happen to be the exact five superheroes that were released in that wave.  Otherwise, I can’t think of a time these particular heroes were together for an image like this."

Either way, it's a pretty cool shirt. And you can purchase a replica of it from the Amazon.com link below (it will open up in a new window).