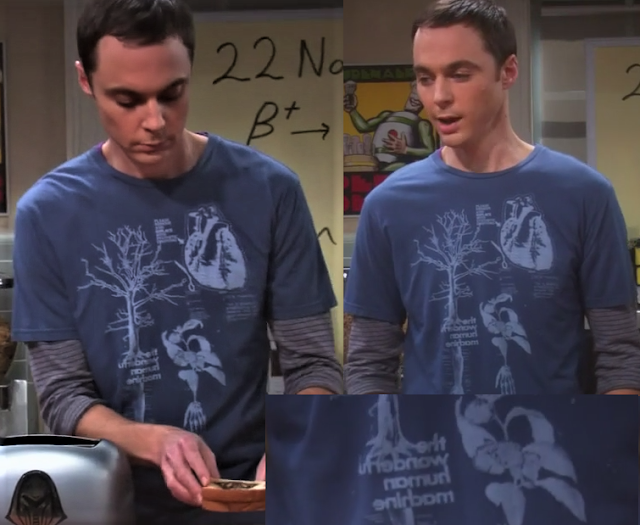 This enigma of a shirt is of an unknown origin, as far as my searches were concerned. As seen from the above photos, there appears to be a picture of a tree, a skeletal hand (dangling from something), an arm, a heart and there's clearly some sort of lettering on it. My assumption was that the lettering would help nail down the origins of the shirt (or at least what it was in reference to) but, try as I may, I could never quite make out what it was saying. Until I horizontally flipped the photo, at least. Then found... 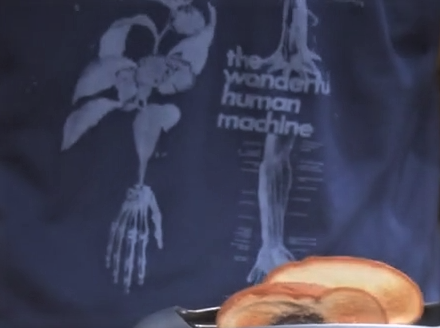 Why the lettering was backwards on the show, I don't know. And I still don't have a clue as to whether this shirt is merely an abstract piece of art, a pop-cultural reference, or a representation of something within the sciences (biological, I'd assume). But now at least we have a name to refer to it as: The Wonderful Human Machine.